We offer Free Estimates for all new TV aerial installations in Birmingham for both residential and commercial clients, and can typically attend your property within hours of your telephone call.

With Aerialforce, you don’t have to wait too long for repairmen to come to your place. Thanks to our local force in Birmingham, we will try our best to fix your aerial within the same day of your call.

Freeview is the largest terrestrial TV platform that is in the majority of UK homes. Why? Just like its name, you can view your favourite shows for free. There are over 70 channels available from BBC to Ketchup TV; there is something for everyone. Freeview depends on aerials so channels may vary depending on your location. The better the aerial set up, the better the service.

You can find out what is available in your area by typing in your postal code on their website. No need to scour the internet for the latest shows, check the TV guide and catch them while they are on air.

Aerialforce have CCTV installations engineers and technicians in Birmingham that are fully trained and qualified to provide the best quality workmanship and advice regarding your CCTV. Each installation we make is tailored towards your security requirements, as well as your budget and business restrictions. Rest assured that all of our equipment and materials are top of the line in quality.

Birmingham is a densely populated area, second to London, with the majority of the population being the young and working age. Despite all that vitality, not all of that energy becomes something productive. There is a steady rise in crime with Birmingham ranking 33rd out 104 postcode areas in the UK.

Even without the crime statistics, a CCTV as a security measure is now common to have in homes and businesses. Aerialforce has free quotations, and you can contact us via mobile or website to know more. With your security in mind, we offer same-day services for emergency call outs. We try, as much as possible, to make CCTV set-up a safe and hassle-free experience.

Aerialforce engineers are available in Birmingham to help take the stress out of your aerial, satellite, & CCTV issues

We offer a Same Day service throughout Birmingham. We are able to do this as we have locally employed installers. Rest assured that all of Aerialforce’s employees have a minimum of 5 years of work experience in the Aerial and Satellite Home Entertainment Industry. To guarantee our clients’ safety, we check the criminal records of our applicants before deciding on whether we hire them or not.

There are no gimmicks here. Aerialforce is determined to be the best for your setup needs. On top of our experienced employees, we have features that match that careful and detail-oriented energy. We have a price match guarantee that shows you how important your business is with us.

No need to look any further and compare quotes, we have one of the most competitive prices on the market. Besides that, we have our same-day service and emergency response for installations and repairs. We want you to go back to enjoying what you love the most, and try to address your needs within the day. Aerialforce is prepped and ready to take on your job.

Please complete the enquiry form below, and send your details to our Birmingham customer service team. Once you have completed this form, one of our engineers will contact you to discuss your requirements further and to arrange a suitable appointment. 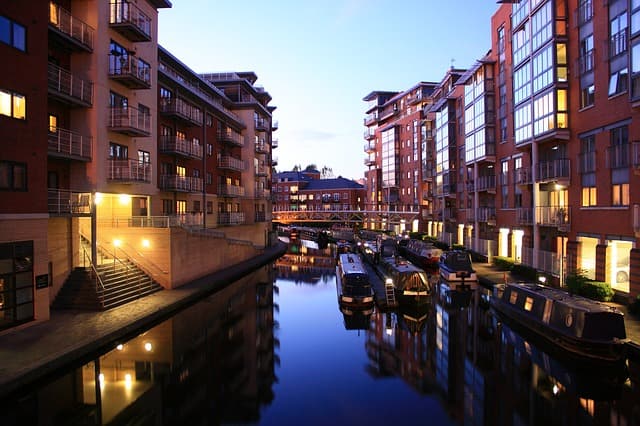 Birmingham is the second-largest metropolitan area in the UK.  It is a diverse city, and that diversity pushes for creativity and growth. Its early introduction to industrial production and expansive waterways gave it the name, “City of a Thousand Trades”. Birmingham is home to Aston Hall, Blakesley Hall, Soho House, and Sarehole Mills, buildings that have been conserved and continue to tell the story of their origins. You can visit other museums under the local trust for more art and culture.

Besides it being a metropolitan, Birmingham is known for its music scene. The city thumped to homegrown talents that eventually made a name for itself around the world. The music scene consisted of groups like The Move, The Spencer Davis Group, The Moody Blues, Traffic, and the Electric Light Orchestra. You can find their songs playing in Now 70’s and similar music channels. However this is only scratching the surface: heavy metal (Black Sabbath), modern bhangra (Bhujhangy Group), reggae (UB40 and Beshara), ska (The Beat), and new wave (Duran Duran) acts have also rocked different parts of the timeline.

Musicians are not the only creatives that thrived in Birmingham; it is also the home to literary talents, the most prominent being J.R.R Tolkein, Sir Arthur Conan Doyle, and John Wyndham. Even American writer Washington Irving made some of his best work while in the city. If you catch references to Rip Van Winkle and The Legend of the Sleepy Hollow while watching a show or find The Hobbit or Lord of the Rings on TV remember that these stories were created in this hotbed of cultures. Whether you choose to stay home or explore the city, know that Birmingham, in all its forms, can fuel your creative energy. Creators and innovators are always welcome.