We offer Free Estimates for all new TV aerial installations in Bradford for both residential and commercial clients, and can typically attend your property within hours of your telephone call.

With Aerialforce, you don’t have to wait too long for repairmen to come to your place. Thanks to our local force in Bradford, we will try our best to fix your aerial within the same day of your call.

Freeview’s claim of having 95% of the UK’s top shows is not an exaggeration. They have over 20,000 hours of TV on-demand for free. Equipped with the right aerial setup means you can enjoy the same-day broadcast and live shows as soon as they air. With over 70 channels, there is a mix of something old and something new for you to enjoy. From whodunit series like Agatha Christie’s Poirot to comedies like The Big Bang Theory, there is something for everyone. These channels curate according to their demographic, changing between the channels can be a great way to be introduced or rediscover a show. Freeview depends on your aerials, and some channels might not be available in your area. Consult the online TV guide to learn what is available in your location.

Aerialforce have CCTV installations engineers and technicians in Bradford that are fully trained and qualified to provide the best quality workmanship and advice regarding your CCTV. Each installation we make is tailored towards your security requirements, as well as your budget and business restrictions. Rest assured that all of our equipment and materials are top of the line in quality.

Bradford ranks first among 104 postal codes for violent crimes. Compared to the rest of the country, Bradford’s crime rate is significantly higher. Majority of reports come from the south side, and you can never be too cautious when it comes to personal and public safety.

When considering a CCTV setup, there are all sorts of logistics involved with wiring and positioning of cameras. We offer free quotations, contact us with whatever questions and concerns you may have. We also offer same-day service for emergency call outs. Security is essential, and when you feel the need to protect yourself or address a blind spot in your current setup, we are ready to respond within the same day. Being repeatedly targeted, and group retaliation are possibilities you cannot ignore. Our same day service ensures that you are prepared and can report to authorities with as much evidence as needed.

Aerialforce engineers are available in Bradford to help take the stress out of your aerial, satellite, & CCTV issues

We offer a Same Day service throughout Bradford. We are able to do this as we have locally employed installers. Rest assured that all of Aerialforce’s employees have a minimum of 5 years of work experience in the Aerial and Satellite Home Entertainment Industry. To guarantee our clients’ safety, we check the criminal records of our applicants before deciding on whether we hire them or not.

Aerialforce’s services have your best interests in mind. We have a price match guarantee, which is our promise to you that we have the best prices in the market, and if we don’t–we will change. For those shopping around, we offer a free quote when given details about the work done. Get those questions off your chest and make an informed decision, from aerial repairs to CCTV setups, we are happy to help. You came for quality, and we aim to deliver: installations with Aerialforce comes with a warranty that can protect you from future expenses from malfunctions that are outside of your control.  On top of our same day service and emergency call outs, Aerialforce is the one for you.

Please complete the enquiry form below, and send your details to our Bradford customer service team. Once you have completed this form, one of our engineers will contact you to discuss your requirements further and to arrange a suitable appointment. 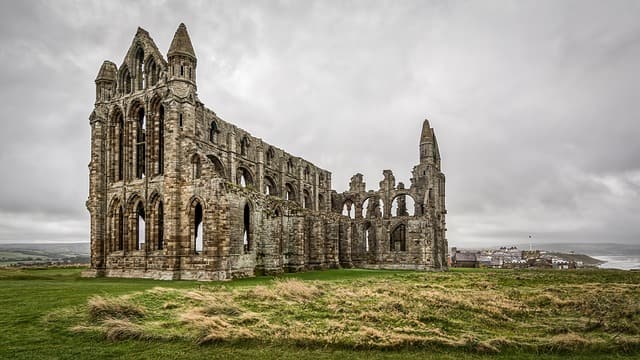 Bradford is a city in West Yorkshire. It is the seventh-largest city in the UK, once being the “Wool Capital of the World” and the first city to be dubbed the City of Film by UNESCO. Its strong industrial history presents an unusual situation given the current deindustrialisation and decline of its textile industry. It may be a weakened giant, but a giant nonetheless. The shift in the economy still does not change the fact it is a force to be reckoned.

Bradford has become a frequent destination for immigrants, and the differences in culture and religion have created tensions. However, this means you can find a little piece of the world in different neighbourhoods.

If you are new to the area, visit the Wool Market, a remnant of Bradford’s heyday as wool capital, and the Bradford Industrial Museum, for the local history. Another prominent part of Bradford’s history is film and cinema. The National Science and Media Museum, Cubby Broccoli Cinema, and the Pictureville Cinema are sites every film buff should visit. The National Science and Media Museum is one of the most visited museums outside similar institutions based in the capital.

Bradford is also the home of many rock bands you might have heard over the radio or solo singers who have found success in singing competitions. Gareth Gates, Kimberly Walsh from Girls Aloud, and Zayn Malik from One Direction are just a few stars who have roamed Bradford’s streets. The next time you catch the X Factor on ITV or ITV 2 guess who the upcoming Bradfordian talent will make their way to the international stage.