We offer Free Estimates for all new TV aerial installations in Cambridge for both residential and commercial clients, and can typically attend your property within hours of your telephone call.

With Aerialforce, you don’t have to wait too long for repairmen to come to your place. Thanks to our local force in Cambridge, we will try our best to fix your aerial within the same day of your call.

Freeview has so much content available for you to watch as the most extensive digital terrestrial TV platform in the UK. Still, your access strongly depends on what your aerials receive. You can check the availability of channels in your area and show schedules on their online TV guide, input your postal address. Freeview has everything from local staples like BBC One and Channel 4 to imports like PBS America and CBS. If you are still waiting on Netflix and Amazon Prime for your favourite shows, try your hand at these channels for the same-day telecast offered.

Aerialforce have CCTV installations engineers and technicians in Cambridge that are fully trained and qualified to provide the best quality workmanship and advice regarding your CCTV. Each installation we make is tailored towards your security requirements, as well as your budget and business restrictions. Rest assured that all of our equipment and materials are top of the line in quality.

Cambridge does not suffer from very high crime rates, but it does rank first among 104 postal codes for bicycle theft. Burglary and mugging are also points for concern along with criminal damage, arson, and shoplifting. CCTV setups are essential in areas where these numbers are high for home and business safety. To learn more about what can be done to secure your space, contact us through mobile or send a message through our web form. Give as many particulars as you can to get the most accurate quote, a free service offered by Aerialforce.

Aerialforce engineers are available in Cambridge to help take the stress out of your aerial, satellite, & CCTV issues

We offer a Same Day service throughout Cambridge. We are able to do this as we have locally employed installers. Rest assured that all of Aerialforce’s employees have a minimum of 5 years of work experience in the Aerial and Satellite Home Entertainment Industry. To guarantee our clients’ safety, we check the criminal records of our applicants before deciding on whether we hire them or not.

Aerialforce covers all your bases. Free quote service for a no-string attached canvas of price? Check. Competitive prices? Check. Reliable employees with relevant experience? Check. Top of the line materials and equipment with a warranty? Check. Extra services made to reduce waiting time on your part? Check. When you find yourself in a pickle with your old setup or are moving to a new place, consider Aerialforce as your company of choice. Our warranties and price match guarantee show that we are here to deliver the best deal. With same-day service and emergency call-outs, we are here to make sure that the gap is short and you can go back to watching your shows.

Please complete the enquiry form below, and send your details to our Cambridge customer service team. Once you have completed this form, one of our engineers will contact you to discuss your requirements further and to arrange a suitable appointment. 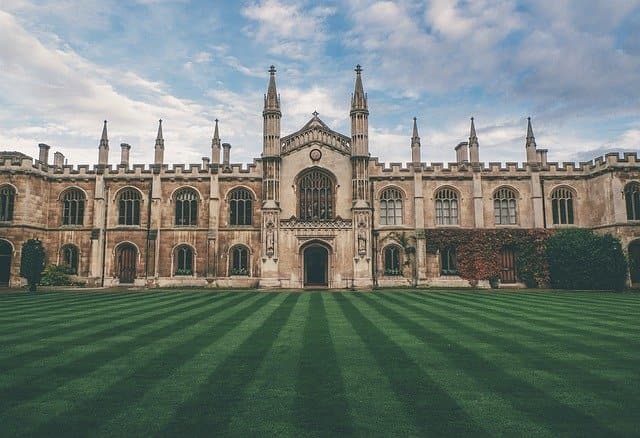 Who hasn’t heard of Cambridge? From the university to the dictionary, it has become an international name associated with the high brow and intellectuals. Cambridge is a university town in Cambridgeshire county. While it may seem like students over-run the city, they aren’t the majority of the popular (though they are a sizable amount). When you live or visit the area, you cannot miss the University of Cambridge, as one of the oldest schools in the world it houses an impressive collection of books and artefacts.

You can pop by the museums attached to the school like the Fitzwilliam Museum, Museum of Archaeology and Anthropology, The Polar Museum, The Sedgwick Museum of Earth Sciences, and the Whipple Museum of the History of Science.  The Cambridge University Botanic Gardens, King’s College Chapel, and the Backs, a park in the area, are considered must-see places.

Cambridge is also the home to musical acts like Pink Floyd, Clean Bandit, Uncle Acid & the Deadbeats, King’s Singers, and Katrina and the Waves. The Cambridge Corn Exchange is a popular venue for musical acts and other shows. Stop by and see what is showing when you are in the area.

Given the city’s prominent history and reputation, it has made its way into many novels and shows. Dirk Gently’s Holistic Detective Agency, They Were Defeated, Case Histories, Ghostwalk, and Enigma feature the city in their stories. It has also been a subject of nonfiction work like Gwen Raverat’s Period Piece and Noel Symington’s The Night Climbers of Cambridge.

An ITV series, Granchester, partially used Cambridge as a backdrop in this crime-solving series. Some locations used in the city were King’s Parade, Clare College Bridge, and Newnham College, and St John College. While the dynamic duo sleuth around, you can catch their adventure on ITV on Freeview. Granchester is one of many shows that have featured the local sights and sounds of Cambridge, The Man Who Knew Infinity and The Theory of Everything are some other examples of the city in the silver screens.