We offer Free Estimates for all new TV aerial installations in Diss for both residential and commercial clients, and can typically attend your property within hours of your telephone call. All estimates are provided completely free of any charge, and you are under no obligation to have any work carried out. All new TV aerial installations are backed by our 1 year parts and labour warranty. We guarantee great reception on all installations, and in the unlikely event you experience signal issues after installation, we would be more than happy to return.
Find Out More

With Aerialforce, you don’t have to wait too long for repairmen to come to your place. Thanks to our local force in Diss, we will try our best to fix your aerial within the same day of your call.

One of the reasons why Aerialforce is your go-to for TV Aerial repairs is our prompt service. Within the hours of your phone call, our reliable repair team will visit your home and resolve your problem. Our experienced repair engineers are capable of fixing your TV aerial alignment and positioning, tuning of connected components, or resolving signal loss. With our help, you can resume watching your favourite shows on the same day!

If you live in Diss, you can enjoy local TV services DTT channels like BBC and Channel 4 through Freeview, the UK’s biggest television platform. With a working aerial TV installed, you can enjoy a wide range of channels from Freeview.

Aerialforce have CCTV installations engineers and technicians in Diss that are fully trained and qualified to provide the best quality workmanship and advice regarding your CCTV. Each installation we make is tailored towards your security requirements, as well as your budget and business restrictions. Rest assured that all of our equipment and materials are top of the line in quality.

Once you get in touch with us at Aerialforce for your security system or TV repair needs, we’ll quickly provide you with free estimates for the services you need. Our installation engineers can visit your home or office on the same day, survey your place, and install your security system.

Aerialforce engineers are available in Diss to help take the stress out of your aerial, satellite, & CCTV issues

We offer a Same Day service throughout Diss. We are able to do this as we have locally employed installers. Rest assured that all of Aerialforce’s employees have a minimum of 5 years of work experience in the Aerial and Satellite Home Entertainment Industry. To guarantee our clients’ safety, we check the criminal records of our applicants before deciding on whether we hire them or not.

At Aerialforce, we provide only the best quality of services and we do it as fast as possible. For your TV repair needs, our friendly and experienced repair engineers are committed to clear any interruptions when watching your favourite shows. Our installation engineers, on the other hand, make sure that you’ll feel safe by putting up your home or business security system as soon as possible.

Please complete the enquiry form below, and send your details to our Diss customer service team. Once you have completed this form, one of our engineers will contact you to discuss your requirements further and to arrange a suitable appointment. 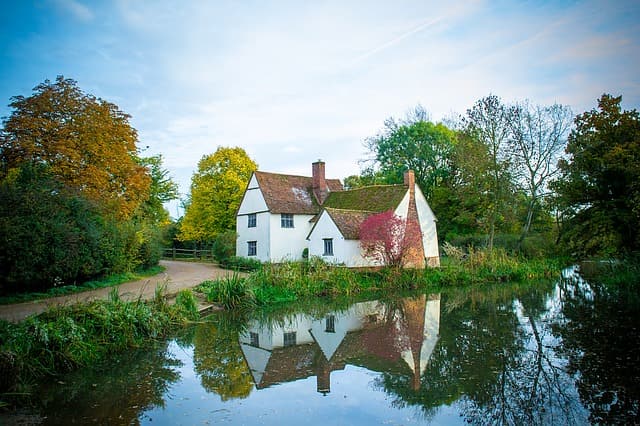 Diss is a hidden gem waiting to be discovered. Located close to Norfolk’s borders with Suffolk, Diss has its famous Mere, Georgian architecture, and a bunch of independent boutiques. Every Friday, a traditional market is held where you can also search for great antique finds.

If you’re into music, film, and theatre, the Diss Corn Hall is the place to be. Originally built as a corn exchange, it is now a venue for the arts. From exhibits to comedy shows, Diss residents can spend their free time enjoying various kinds of entertainment.
Deciding to settle in Diss might come from the growing popularity of the nearby Waveney Valley, where retired residents from the city choose to live.

Small though it is, Diss is not exempt from the pleasures of viewing television. After an exploration of the town’s lush green parkland, you can relax in your room and catch up on your favourite shows.
Diss is generally low in Freeview outages, which makes it an ideal place for someone who loves watching TV. If you ever stay in town and require TV repair services, Aerialforce is just one call away. If you’re thinking about joining the lineup of boutiques in Diss, reach out to your local CCTV installers for added security in your establishment.