We offer Free Estimates for all new TV aerial installations in Harwich for both residential and commercial clients, and can typically attend your property within hours of your telephone call. All estimates are provided completely free of any charge, and you are under no obligation to have any work carried out. All new TV aerial installations are backed by our 1 year parts and labour warranty. We guarantee great reception on all installations, and in the unlikely event you experience signal issues after installation, we would be more than happy to return.
Find Out More

With Aerialforce, you don’t have to wait too long for repairmen to come to your place. Thanks to our local force in Harwich, we will try our best to fix your aerial within the same day of your call.

Our Aerialforce repairs engineers are fully-equipped in handling your signal loss issues. They can diagnose and fix your television signal issues on the same day you call for our help! You’ll also be informed of all the repair costs throughout the entire process. Because they come to your property fully-equipped, your signal will be fixed on the same day!

Freeview, the UK’s digital terrestrial television platform, offers more than 70 standard channels and 15 HD channels. If you’re living in Harwich, you can automatically access their services if you have a standard working aerial or a television purchased after 2010. There are so many shows to choose from in their wide selection of channels!

Aerialforce have CCTV installations engineers and technicians in Harwich that are fully trained and qualified to provide the best quality workmanship and advice regarding your CCTV. Each installation we make is tailored towards your security requirements, as well as your budget and business restrictions. Rest assured that all of our equipment and materials are top of the line in quality.

Friendly and experienced Aerialforce installations engineers can attend to your requests on the same day you contact Aerialforce. They will visit your property to survey it and know more about your security needs. Because our engineers come ready and fully-equipped, you can have your house and property secured with CCTVs on the same day if you want to.

Aerialforce engineers are available in Harwich to help take the stress out of your aerial, satellite, & CCTV issues

We offer a Same Day service throughout Harwich. We are able to do this as we have locally employed installers. Rest assured that all of Aerialforce’s employees have a minimum of 5 years of work experience in the Aerial and Satellite Home Entertainment Industry. To guarantee our clients’ safety, we check the criminal records of our applicants before deciding on whether we hire them or not.

Our team in Aerialforce is committed to promptly addressing every clients’ needs. From Aerial TV repairs or signal troubleshooting to aerial and security system installations, Aerialforce is at your service. With prompt, same-day services, you don’t have to worry about lengthy interruptions when watching your favourite television shows. On the other hand, our professional CCTV installations are guaranteed to help you keep your business safe and secure.

Please complete the enquiry form below, and send your details to our Harwich customer service team. Once you have completed this form, one of our engineers will contact you to discuss your requirements further and to arrange a suitable appointment. 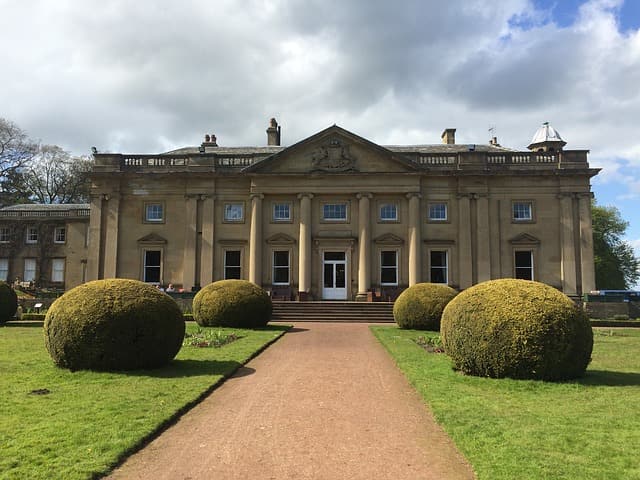 Harwich is an old port town in Essex, located on the North Sea coast, with a population of only 20,000. It is rich in military and naval history; it is believed that this is where the historic ship Mayflower set off sail towards the New World and where its captain, Christopher Jones, was born.

There are many ways that Harwich brings its visitors back in time. You can walk along the peninsula at the mouth of the rivers Orwell and Stour, and marvel at the buildings that have been built in the 16th, 17th, and 18th centuries. The Pier Hotel on Harwich Quay, on the other hand, has been in operation since 1860. The beaches along Harwich and Dovercourt have been places of discovery for the fossils of many marine animals.

While in Harwich, you can also have a taste of their “kitchels,” small, spiced, currant-flavoured bread cakes. Harwich mayors used to throw them to the town’s children as a tradition during Mayor-Making ceremonies every year in May. You can even eat these while watching a film in the Electric Palace, one of the oldest, surviving cinemas in existence.

If not, you can also relax and watch television indoors in Harwich! With aerial TV professionals at hand, you don’t have to worry about long interruptions or signal losses when you’re watching your favourite shows.