We offer Free Estimates for all new TV aerial installations in Hertfordshire for both residential and commercial clients, and can typically attend your property within hours of your telephone call.

With Aerialforce, you don’t have to wait too long for repairmen to come to your place. Thanks to our local force in Hertfordshire, we will try our best to fix your aerial within the same day of your call.

Rough terrains, overgrown trees, and buildings can all affect your aerial reception. When you fail to get the best reception, you miss out on so many good shows. Freeview is the largest digital terrestrial TV platform in the country. They have over 70 channels, with 95% of the best shows made in the UK. BBC One, ITV, Channel 4, Dave, Drama, Quest, and even CBeebies are just the tip of the iceberg. You can watch US shows on CBS, PBS America, and Paramount. Freeview isn’t in 18 million homes for nothing. With Aerialforce, you can improve your access despite the obstacles that have affected your viewing experience in the past. Children, teens, young adults, and seniors can all find something new on Freeview.

Aerialforce have CCTV installations engineers and technicians in Hertfordshire that are fully trained and qualified to provide the best quality workmanship and advice regarding your CCTV. Each installation we make is tailored towards your security requirements, as well as your budget and business restrictions. Rest assured that all of our equipment and materials are top of the line in quality.

Hertfordshire is a relatively safe county, with violent crime being particularly low. However, the main issue is the different kinds of theft and car damage. These types of crime can be prevented with a CCTV setup, especially when it is visible. It strongly discourages the person from acting out since the video can be used as evidence. If your home or commercial space have experienced theft in the past few months, contact us for a free quote. We also offer same-day service so you can go back to living your life without worrying about strangers coming in and out of your space.

Aerialforce engineers are available in Hertfordshire to help take the stress out of your aerial, satellite, & CCTV issues

We offer a Same Day service throughout Hertfordshire. We are able to do this as we have locally employed installers. Rest assured that all of Aerialforce’s employees have a minimum of 5 years of work experience in the Aerial and Satellite Home Entertainment Industry. To guarantee our clients’ safety, we check the criminal records of our applicants before deciding on whether we hire them or not.

Aerialforce is a national company with branches throughout the UK but powered through the experienced local staff. We aim to create a seamless experience with installations, replacements, repairs. We earned 4.36 stars in reviews for our convenient, time-saving features. Price match guarantee, free quote, online booking, same-day service, and product and labour warranties are all reasons to choose Aerialforce. Experience it yourself and see the difference.

Please complete the enquiry form below, and send your details to our Hertfordshire customer service team. Once you have completed this form, one of our engineers will contact you to discuss your requirements further and to arrange a suitable appointment. 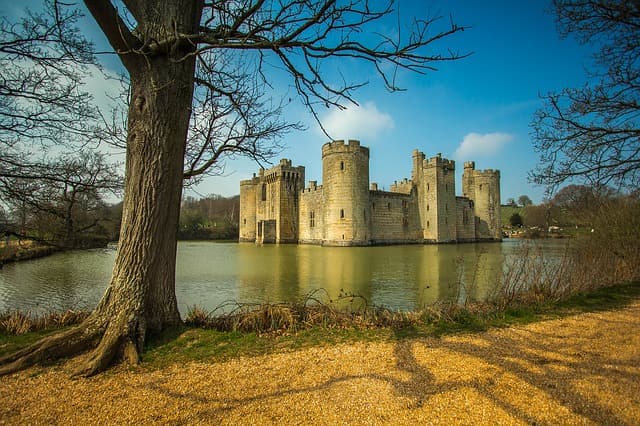 Hertfordshire is one home county based in the south but is considered a part of East England. It is a part of the London commuter belt and has excellent railway systems to connect it to the global city. However, Hertfordshire is not without its charm. Their landmarks have withstood the test of time with their 14th-16th century Tudor buildings being in better condition and outnumbering those found in the capital. Some places to visit for those who are interested are the Aldenham Country Park, Cedars Park, Berkhamsted Castle, Ashridge, and the Bridgewater monument.

You can find Hertfordshire in the arts and culture as a setting and inspiration. It was the backdrop for classics like The Importance of Being Earnest by Oscar Wilde, Pride and Prejudice by Jane Austen, and Bleak House by Charles Dickens. As for inspiration, it was heavily referenced in Animal Farm by George Orwell. In current pop culture Hertfordshire’s manors have been seen on the scene in Johnny English (2003), Johnny English: Reborn (2011), Batman (1989), Lolita (1962), Kevin and Perry Go Large (2000), Jane Eyre (2011), Nanny McPhee (2005), Anastasia (1956), The King’s Speech (2011), The World’s End (2013), Saving Private Ryan (1998), Harry Potter and the Goblet of Fire (2006), and Tomb Raider (2001). You can spend days on end tracking down the locations used by these movies in the county. But if that seems like too much, settling down and watching them on the telly is good enough too