ENGINEERS IN YOUR AREA TODAY

We offer Free Estimates for all new TV aerial installations in London for both residential and commercial clients, and can typically attend your property within hours of your telephone call.

With Aerialforce, you don’t have to wait too long for repairmen to come to your place. Thanks to our local force in London, we will try our best to fix your aerial within the same day of your call.

What makes the best TV reception important? It isn’t just about having HD channels or clear visuals, though that plays a big part. A secure connection means more access to Freeview channels. Using aerials does not just cover the basics, with 95% of the UK’s best you can choose from so many channels. It isn’t only BBC One and ITV. You can get PBS America and CBS depending on your location and aerial strength. With Freeview in 18 million homes, it is a vetoed digital TV platform that you can enjoy too! For more details about installing Freeview aerials, please contact us through mobile or our web form.

Aerialforce have CCTV installations engineers and technicians in London that are fully trained and qualified to provide the best quality workmanship and advice regarding your CCTV. Each installation we make is tailored towards your security requirements, as well as your budget and business restrictions. Rest assured that all of our equipment and materials are top of the line in quality.

We offer free quotes for prospective customers. You can contact us via mobile or by filling out our web form to share the details of the job and ask questions. Our CCTV instalment and repairs, like the aerial instalment and repairs, are also covered by our same-day service for emergency call-outs. In large cities like London, same-day service can make or break your security system. Being a frequent target for crime, high foot traffic, expensive valuables, and personal safety are all reasons to stay vigilant.

Aerialforce engineers are available in London to help take the stress out of your aerial, satellite, & CCTV issues

We offer a Same Day service throughout London. We are able to do this as we have locally employed installers. Rest assured that all of Aerialforce’s employees have a minimum of 5 years of work experience in the Aerial and Satellite Home Entertainment Industry. To guarantee our clients’ safety, we check the criminal records of our applicants before deciding on whether we hire them or not.

Aerialforce ticks all the boxes for those who are frequently on the go. We have a user-friendly system that provides you with free quotes and online booking. We have same-day service for emergency call out to minimise waiting time. All these features, paired with our highly experienced staff, create a hassle-free job done right the first time around.

To make a booking or to find out more about our services you can call us or talk to us online now using our LiveChat facility by clicking the button below. 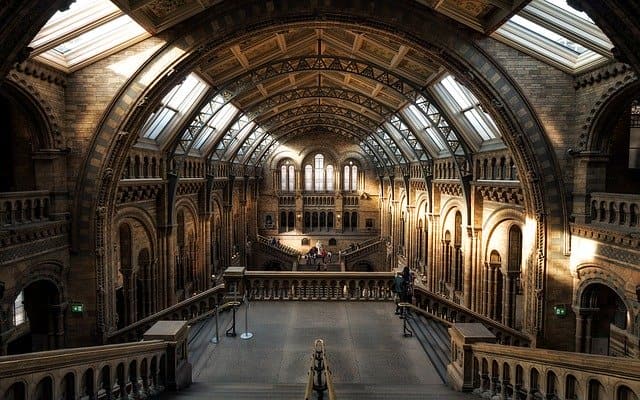 London is the capital and the largest city in the UK. It’s rich history spans from being the heart of the nation and being the melting pot of many cultures. Given the depth and range of the story behind London, there is no shortage of activities for locals, tourists, and foreigners alike. Trafalgar Square, Big Ben, Tower of London, and the London Eye are some iconic landmarks that don’t need any introduction. They have been heavily featured in many British films, series, and novels. When visiting, going around the many museums is a great way to absorb not just the city, but the country as well. The British Museum, National Gallery, and the British Library boast of collections that have spanned centuries.

Since most major corporations make their home in the capital, there is a thriving entertainment and music industry. The Proms, London Symphony Orchestra, and London Coliseum have been home to many musical performances of varying genres. International, national, and local artists have performed at the Wembley Stadium, from Beyonce to the Beatles London is the place to be to witness elaborate sets.

When you plop on your couch and turn on your TV, it’s like the city followed you home. Dr Who, Sherlock, Les Miserables, Harry Potter, The BFG, Spectre, The Da Vinci Code, Skyfall, Notting Hill, and several Marvel movies like Thor: Dark World and Guardians of the Galaxy all featured the global city. When you are watching 95% of the nation’s best shows, you can play a little game and try to spot the capital among the crowd.