We offer Free Estimates for all new TV aerial installations in Nottingham for both residential and commercial clients, and can typically attend your property within hours of your telephone call.

With Aerialforce, you don’t have to wait too long for repairmen to come to your place. Thanks to our local force in Nottingham, we will try our best to fix your aerial within the same day of your call.

Good reception is essential because Freeview is a digital terrestrial TV platform. To be able to access the full range of Freeview’s channels, your aerials have to be in the best location and angle. Freeview has over 70 channels with 20,000 hours of TV on-demand. With the right setup, you can find BBC One, BBC Two, ITV, Channel 4, Dave, and Drama. You can also enjoy retro content from music channels like Now 70’s, Now 80’s, and Now 90’s. Experience what 18 million homes around the UK enjoy with Freeview.

Aerialforce have CCTV installations engineers and technicians in Nottingham that are fully trained and qualified to provide the best quality workmanship and advice regarding your CCTV. Each installation we make is tailored towards your security requirements, as well as your budget and business restrictions. Rest assured that all of our equipment and materials are top of the line in quality.

Compared to other postal codes in the UK, Nottingham’s crime rates are average. Nothing particularly stands out, but there is a slow increase in violent crime over the years. When you no longer feel like your neighbourhood is no longer safe, you can avail of Aerialforce’s same day service for emergency call outs. CCTV setups are a great way to send a message to those who might want to do you harm.

If you have experienced a break-in or other types of crime, your CCTV setup can help prevent them from coming by again. This will also allow you to sleep better at night, knowing that you’re protected. After a successful heist, chances are high in becoming a target again. To learn more about how you can protect your home with a CCTV set up, contact us for a free quote. Ask us all your questions, and we will do our best to help you make an informed decision.

Aerialforce engineers are available in Nottingham to help take the stress out of your aerial, satellite, & CCTV issues

We offer a Same Day service throughout Nottingham. We are able to do this as we have locally employed installers. Rest assured that all of Aerialforce’s employees have a minimum of 5 years of work experience in the Aerial and Satellite Home Entertainment Industry. To guarantee our clients’ safety, we check the criminal records of our applicants before deciding on whether we hire them or not.

Let’s recap what Aerialforce can do for you. Our services include aerial installations, replacements, and repairs; TV wall mounting and repairs; Satellite dish installations or replacements; and CCTV setups for home or business security. We have a free quote that comes with all of our services. We won’t charge you for asking unlimited questions

When you come for a quote and find that we are not the most affordable service in the market, we can adjust it with our price match guarantee. When you are ready for us, we have same day service for emergency calls. Aerialforce is prepared to make promises and keep them. Contact our customer service representatives to know more about us.

Please complete the enquiry form below, and send your details to our Nottingham customer service team. Once you have completed this form, one of our engineers will contact you to discuss your requirements further and to arrange a suitable appointment. 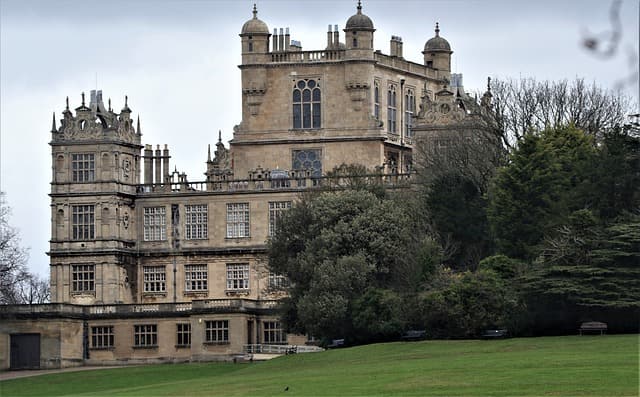 Nottingham is a city featured in tales of old being the backdrop for the legend of Robin Hood, the notorious vigilante who steals from the rich to give to the poor. Nowadays, Nottingham is a city in the East Midlands region near London and Birmingham. When you find yourselves there, there is no shortage of tourist sites.

You can visit the Nottingham Wheel in the Old Market Square for a skyline view of the city, or hit the lace markets, a reminder of the city’s lace-making roots. For a relaxing day in nature, the Sherwood Forest County Park is a sprawling 450 acres whose history covers prehistoric hunter-gatherers and good old Robin Hood. While Nottingham has an identity outside of the legend, it still is a prominent part of their history and culture with a Robin Hood Pageant held every year.

Other things to do in Nottingham enjoy the bustling activity. There are large music venues that showcase local and national talent. Visit the marquee of places like the Royal Concert Hall, Rock City, Nottingham Royal Concert Hall, and the Nottingham Arena for live shows. Depending on when you are in the city you can enjoy Goose Fair, Light Night, Nottingham Cave Festival, Nottingham Puppet Festival, St Patrick’s Day and multicultural holidays like Chinese New Year and Holi.

After all that activity, nothing can be more relaxing than turning your brain off and watching a bit of television. You can view coverages of events happening live, or catch up on Robin Hood, that character has been in film and series since 1908 and doesn’t look like they are going to stop any time soon. You can start from Taron Egerton and work your way back to BBC One’s Robin Hood with Jonas Armstrong. Have aerials installed and catch them on Freeview!