We offer Free Estimates for all new TV aerial installations in Poole for both residential and commercial clients, and can typically attend your property within hours of your telephone call.

With Aerialforce, you don’t have to wait too long for repairmen to come to your place. Thanks to our local force in Poole, we will try our best to fix your aerial within the same day of your call.

If you haven’t heard already, Freeview is the UK’s digital terrestrial TV service offering the most popular TV and radio channels. Back in the day, standard TV could only pick up five channels-not good for someone who needs more variety. Today, Freeview offers around 60 to 70 channels with around 15 HD channels included, depending on your location. Now that their more recent top boxes have built-in recorders, you don’t have to split your attention between two shows. Simply record the other show so that you can save it for later viewing. And it’s not hard to purchase any of their set-top boxes!

Aerialforce have CCTV installations engineers and technicians in Poole that are fully trained and qualified to provide the best quality workmanship and advice regarding your CCTV. Each installation we make is tailored towards your security requirements, as well as your budget and business restrictions. Rest assured that all of our equipment and materials are top of the line in quality.

If you’re interested in finding out what kind of security system works best for your home, you can give us a call. Once we agree on which one suits your needs best, we also offer free quotations and set a date and time for our installation. If you need an emergency repair, we can guarantee that our technician will be there within one to three hours after your call. As we understand that your security is paramount, we can also get the job done just as quickly. Prior installation or repair, we discuss and assess what the job would be and would look like. This also prevents any mishaps or miscommunication between parties.

Aerialforce engineers are available in Poole to help take the stress out of your aerial, satellite, & CCTV issues

We offer a Same Day service throughout Poole. We are able to do this as we have locally employed installers. Rest assured that all of Aerialforce’s employees have a minimum of 5 years of work experience in the Aerial and Satellite Home Entertainment Industry. To guarantee our clients’ safety, we check the criminal records of our applicants before deciding on whether we hire them or not.

We are present, punctual and proficient. Not only do we have the right tools to handle the job but we also have the expertise to get it done. Because we value your needs as a customer, our engineers and technicians are mindful of how much time is spent on your property.

Please complete the enquiry form below, and send your details to our Poole customer service team. Once you have completed this form, one of our engineers will contact you to discuss your requirements further and to arrange a suitable appointment. 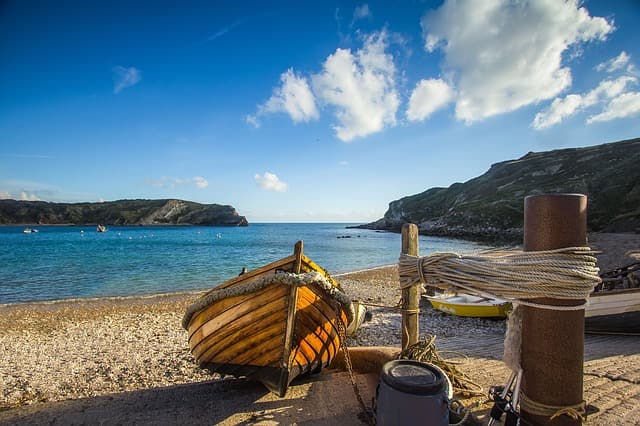 Poole is a quaint coastal town in Dorset, facing the south coast of England. While the town has about 150,000 residents, its combined unitary authority with the Bournemouth and Christchurch council has caused the numbers to go up to 460,000. In history, the town has been called variations of its current name: Pool, Pole, Poles, Poll, Polle, Polman, and Poleman. All this to say that the town is situated near a pool or creek.

Since the Norman conquest of England during the 11th century, Poole became a busy port and further grew in importance into the town that we know of today. First records of the town emerged in the 12th century, where it played an important role in the wool trade. In the 18th it was one of the busiest ports in Britain with important trade links with North America.

Today, the same harbour where the Normandy landings happened is the same one that attracts thousands of visitors every year. Apart from the Lighthouse arts centre and the Blue Flag beaches, the Royal Marines have a base in the harbour. Truly, a sign to see.