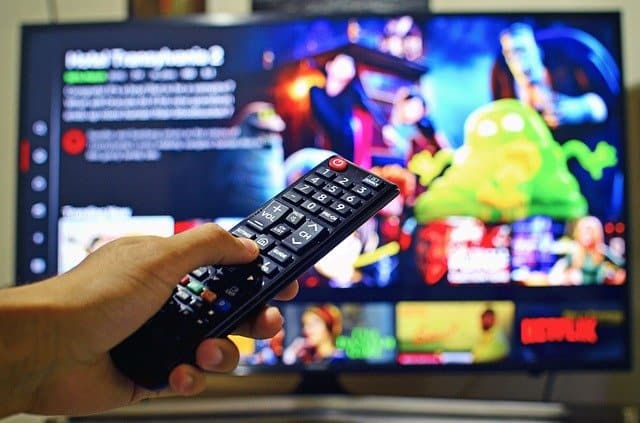 You’ve heard of smartphones. Now get ready for smart TVs. The television is perhaps on the list of humanity’s greatest inventions. It is up there with the wheel, satellites, and the Internet. The telly or the tube had come a long way from when Philo Taylor Farnsworth demonstrated the first television signal transmission over 90 years ago.

Since its invention, the TV has received so many innovations already. In fact, the TV that we now have in 2020 is entirely indistinguishable from its predecessors. Gone are the days when TVs were bulky boxes with black and white screens and giant buttons. We now have huge flat-screen TVs, and even curved display screens gracing our walls.

The TV watching experience has improved so much from what it once was. And just when you think it couldn’t get any better, it does. Smart TVs bring a lot of convenience and extra features to the table. And this innovation to the watching experience has not gone unnoticed by the world. Studies found that 52 million smart TVs were sold in 2011. Five years later, and the number has ballooned to 173 million units sold. It is projected that over 250 million smart TVs will be sold by 2024.

So what exactly does it mean for a TV to be “smart”? What are the features that come with a smart TV, and why is it so in-demand?

What You Can Do With A Smart TV

What makes your TV smart is its capability to connect to the Internet. Smart TVs come with built-in Wi-Fi receivers or ethernet ports so your TV can go online. This nifty feature eradicates the need for cable for most household owners. Instead of having to pay a monthly cable subscription, they can just go online for content on-demand.

In fact, this is what most residents in the UK are doing. They buy a smart TV and install a Freeview Aerial for some free TV channels. With 95% of the nation’s TV and over 20 000 hours of TV on-demand, Freeview is the country’s biggest TV platform.

With your smart TV, you can access various streaming services. As long as your TV is connected to the Internet, the world is your oyster. Choose your pick on which app you want to watch from. Spend your free time binging on Netflix, Hulu, Amazon Instant Video, Disney+, YouTube, etc. Who could say no to a night of binge-watching a bowl of popcorn?

The Internet has become almost synonymous with social media. You can say goodbye to scrolling through social media sites on your smartphone or tablet’s small screen. You can scroll through Facebook, Twitter, or even Pinterest using your smart TV.

So you just bought a smart TV. What next? Of course, you need to configure your smart TV so that it connects to your internet connection. In this guide, we take you through how to connect your smart TV to the Internet.

2 Methods To Connect Your Smart TV To The Internet

The wireless option is the more convenient route. You wouldn’t have to worry about how to hide the wires, so it doesn’t protrude out and affect your living room aesthetics. Here are the steps on how to connect smart TV to internet wirelessly

Do not despair in the unfortunate chance that you’re unsuccessful in connecting your smart TV online through wireless means. There are a few reasons as to why a wireless connection may not work out for you. Your smart TV could be too far from your router and could not get a good signal, or the Wi-Fi receiver is busted. Don’t worry about the wires. Read on how to hide TV wires here.

Here are the steps to connect smart TV to internet with an ethernet cable.

Having your TV connected to the Internet makes your life so much more convenient. For instance, you won’t need to bring your laptop and an HDMI cable just to watch a movie in your living room anymore. Are you getting the optimal reception for your TV? Contact local aerial engineers today for same-day aerial installations.